Prolific, iconic and hailed as one of the best guitarists of all time, this summer the magnificent Joe Walsh comes to Mud Island Amphitheater on Saturday 13th August 2016! Prepare for a night of stunning musicianship and top notch entertainment, as Walsh plays hits from his illustrious career, which spans over 50 years! Don't miss your chance to see this living legend! 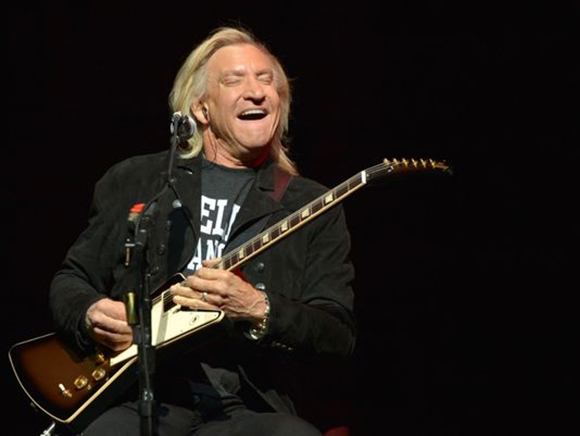 American singer-songwriter, composer, multi-instrumentalist and record producer Joe Walsh started his music career in 1965 in a band called the Measles, but it was three years later, as part of the James Gang, that Walsh's skill as both a guitarist and vocalist reached a mainstream audience. Walsh made his name in the industry as a part of several successful bands including: Barnstorm, the Eagles, The Party Boys, Ringo Starr & His All-Starr Band, and as a member of the short-lived supergroup The Best. In addition to his work with these various bands, Walsh has released twelve solo studio albums, six compilation albums and two live albums as a successful solo musician. As a member of the Eagles, Walsh was inducted into the Rock and Roll Hall of Fame in 1998, and into the Vocal Group Hall of Fame in 2001, and in 2011, Rolling Stone placed Walsh at the number 54 spot on its list of "100 Greatest Guitarists of All Time."