"We can't wait for this one… ALL THE FEELS has shows under the stars, at the best rock clubs in America, and in beautiful, intimate theaters. It's all about more songs in more ways, and it's going to take us just about everywhere this fall, including shows with Gavin DeGraw and on our first ever acoustic run!" said the band on social media. 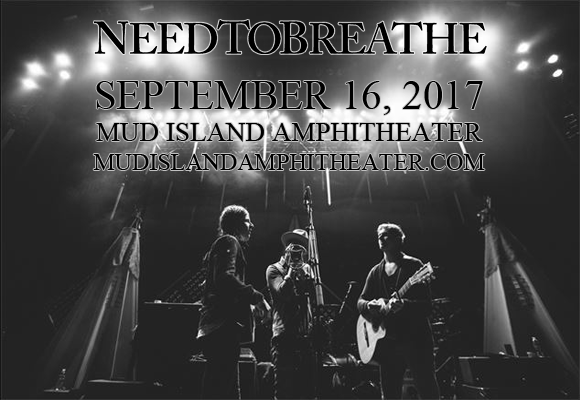 Formed in Seneca, California in 1998, Christian rock band Needtobreathe have have won 10 GMA Dove Awards and were nominated for the 2015 Best Contemporary Christian Music Performance/Song Award for "Multiplied". They ave released six studio albums to date:  Daylight (2006), The Heat (2007), The Outsiders (2009), The Reckoning (2011), and most recent album debuted at No. 1 on the Top Album Sales chart and at No. 2 on the Billboard 200, becoming the band's highest-charting album.